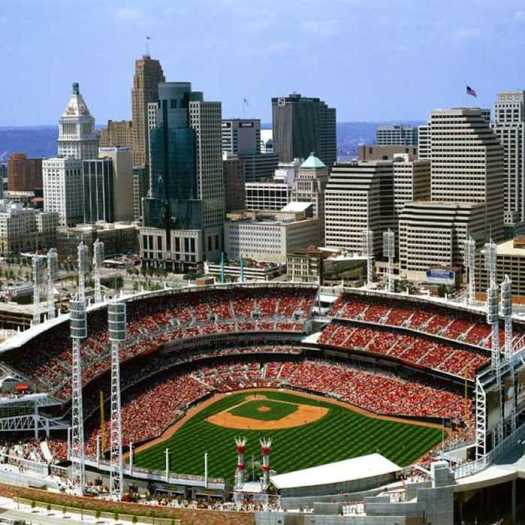 If you’ve read this blog for more than three seconds, you probably have realized a couple of things: I like to share stories/videos/cool things and I like lists.

On Thursday, I watched a little bit of the Reds and Brewers. I saw the end of the Padres and St. Louis. I’m looking forward to seeing what happens with the Twins during a pretty difficult road trip to star the season.

Just as how I like to see cool golf courses, I like seeing other MLB stadiums. I’ve never gone on a guys week-long baseball trip, but I try to see baseball during my travels. That was especially the case when I used to travel a lot more. I went to the Braves season opener on the day of the national championship game when the Final Four was in Atlanta. My only trip to Shea Stadium came when I was in New York for the NBA Draft and it goes on from there.

So here’s my list of MLB stadiums that are currently in use:

I have taken the tour of Fenway Park. I covered basketball at Tropicana Field. But neither of those count.

What I want to see:

I have seen most of the parks that I really want to see. I should say that I want to see a game at Fenway, but I just don’t get that excited about the Red Sox. I feel the same way about the Yankees and the new Yankee Stadium.

The two that I’m probably most interested in seeing are Safeco Field in Seattle — which everyone says is the best retractable roof stadium — and Dodger Stadium. Safeco is supposed to be cool and is often mentioned by friends as their favorite. Dodger Stadium just seems so retro cool that it makes the list.

What’s on the agenda for this year:

Obviously I’ll be at Target Field a bunch between the upstairs 20-game package and working a little bit in the press box.

There are plans for a summer trip that very well may include stops at Miller Park and Comerica Park. Neither would be new, but that isn’t the end of the world. I really enjoyed Comerica last time and I think it is underrated. That rating might have been influenced by the fact I was there on a lovely Sunday afternoon.

So how many stadiums have you been to? Any big plans for summer baseball road trips?